November 3 is the feast day of St. Hubertus, or Hubert, patron saint of hunters and ethical hunting behavior. And what better way to mark the occasion than by watching the Hubertusjakt (St. Hubert’s Day Hunt) held this past weekend in Stockholm?

Saint Hubertus was born in Toulouse in about 656. As a noble and hunter, he became the Grand Master of the household for Pippin of Heristal in Metz. When his wife died in childbirth, he retreated from the court and gave himself entirely up to hunting.

According to legend, while out hunting one Good Friday, Hubertus had a revelation where the deer he was pursuing turned and showed him a crucifix between its antlers. At the same time, he heard a voice telling him to lead a holy life or quickly go to hell. 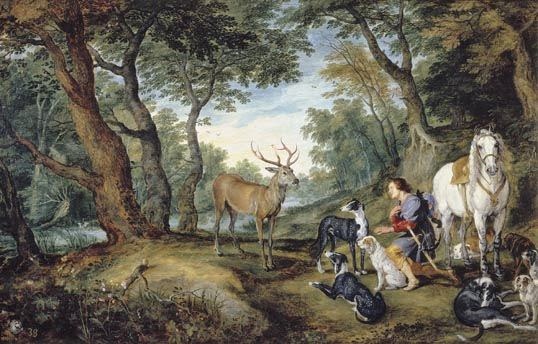 As a result, Hubertus gave up hunting altogether and became a priest. He was eventually ordained Bishop of Maastricht in 708.

His bones were later exhumed and translated to the Benedictine Abbey of Amdain in present-day Saint-Hubert, Belgium on November 3, 825. The abbey became a focus for pilgrimages until St. Hubertus’ coffin disappeared during the Reformation.

St. Hubertus and the hunt

Because it was believed that St. Hubertus was lectured on compassionate hunting by the deer he was after, he became known as the patron of hunting and hunters. He is also the namesake of the Hubertusjakt  foxhunt held every year in Stockholm on or around November 3.

Fox hunting involves tracking, chasing and sometimes killing a fox using trained foxhounds or other scent hounds and a group of unarmed followers on foot or horseback.

Traditional fox hunting still exists in many countries, but the sport is controversial. In the US, where it is called “fox chasing”, the fox is normally not killed. In the UK, the hounds normally kill the fox, though hunting with a pack of dogs has been banned since the Hunting Act was introduced in 2004.

Fox hunting on horseback or with packs is also banned in Sweden. However, for the last 118 years, the Stockholm Fältrittsklubb has been carrying on the tradition of the Hubertusjakt established by the Swedish princes Carl, Eugen and Oscar in 1886.

The Hubertusjakt involves riding on tracks prepared with a variety of obstacles that the riders must pass. To win the competition, the riders race the final 300 meters over several obstacles to secure the foxtail dangling on a rope at the finish line. 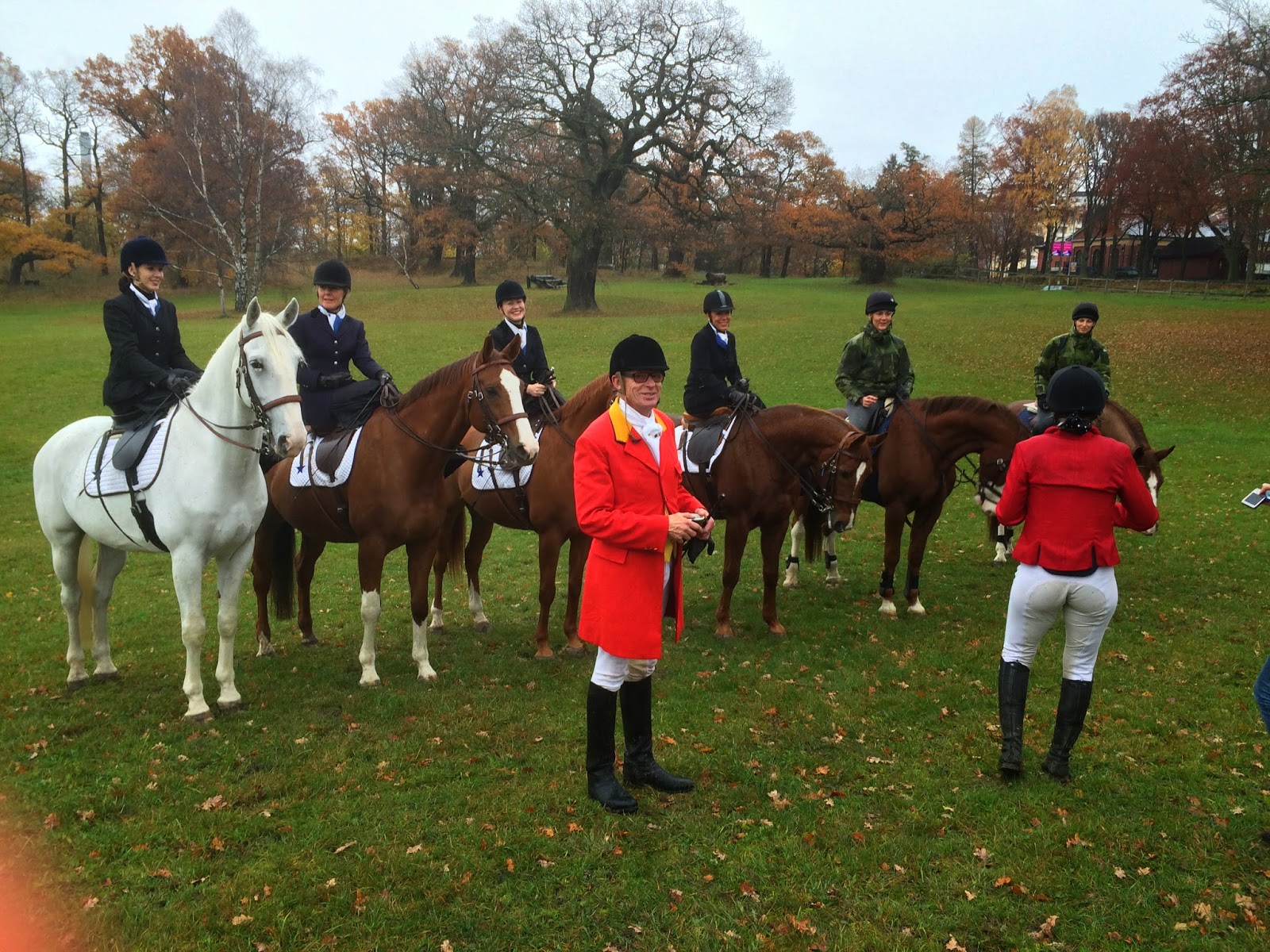 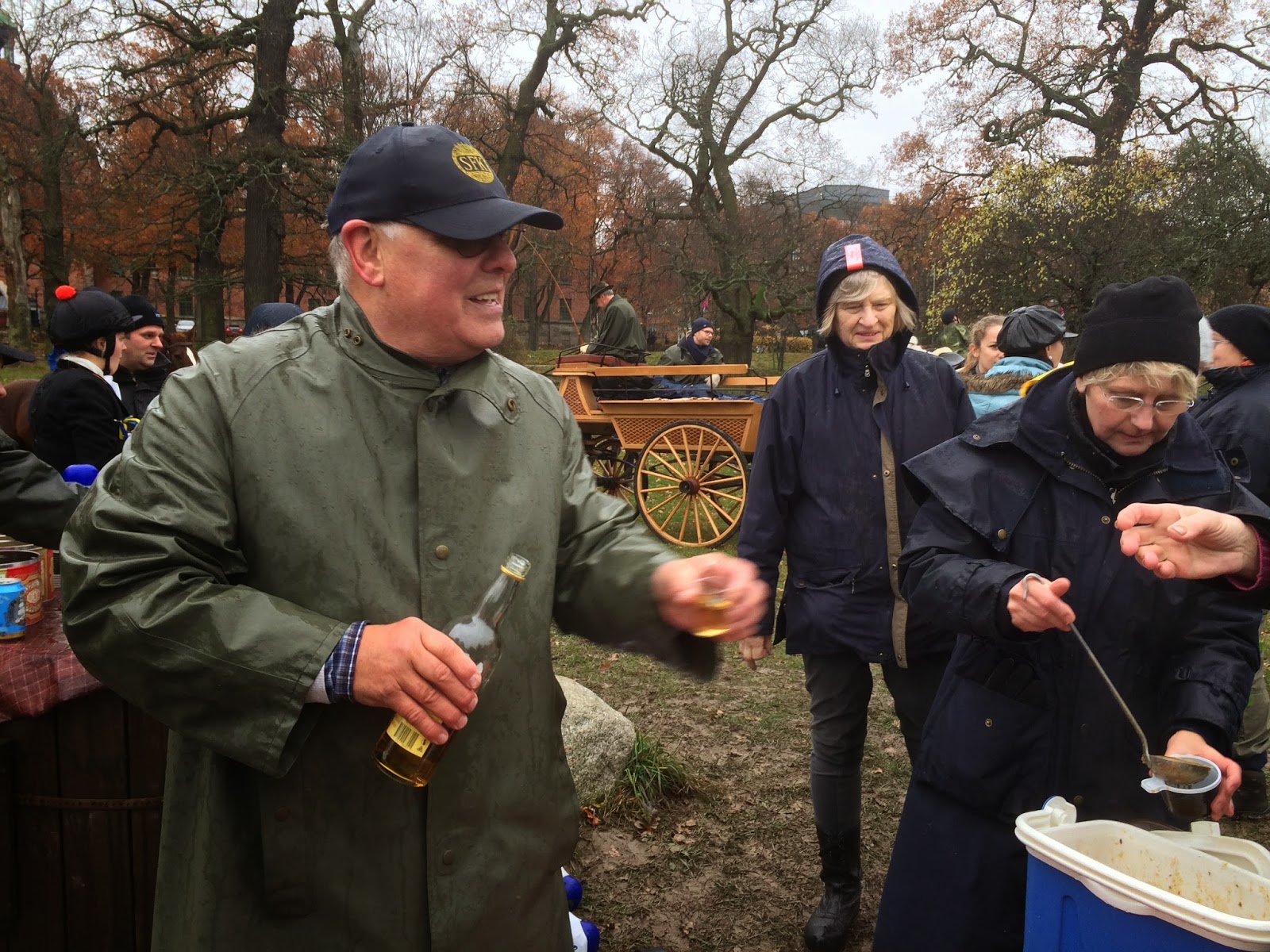 Homemade split-pea soup and Swedish punch to keep us warm. 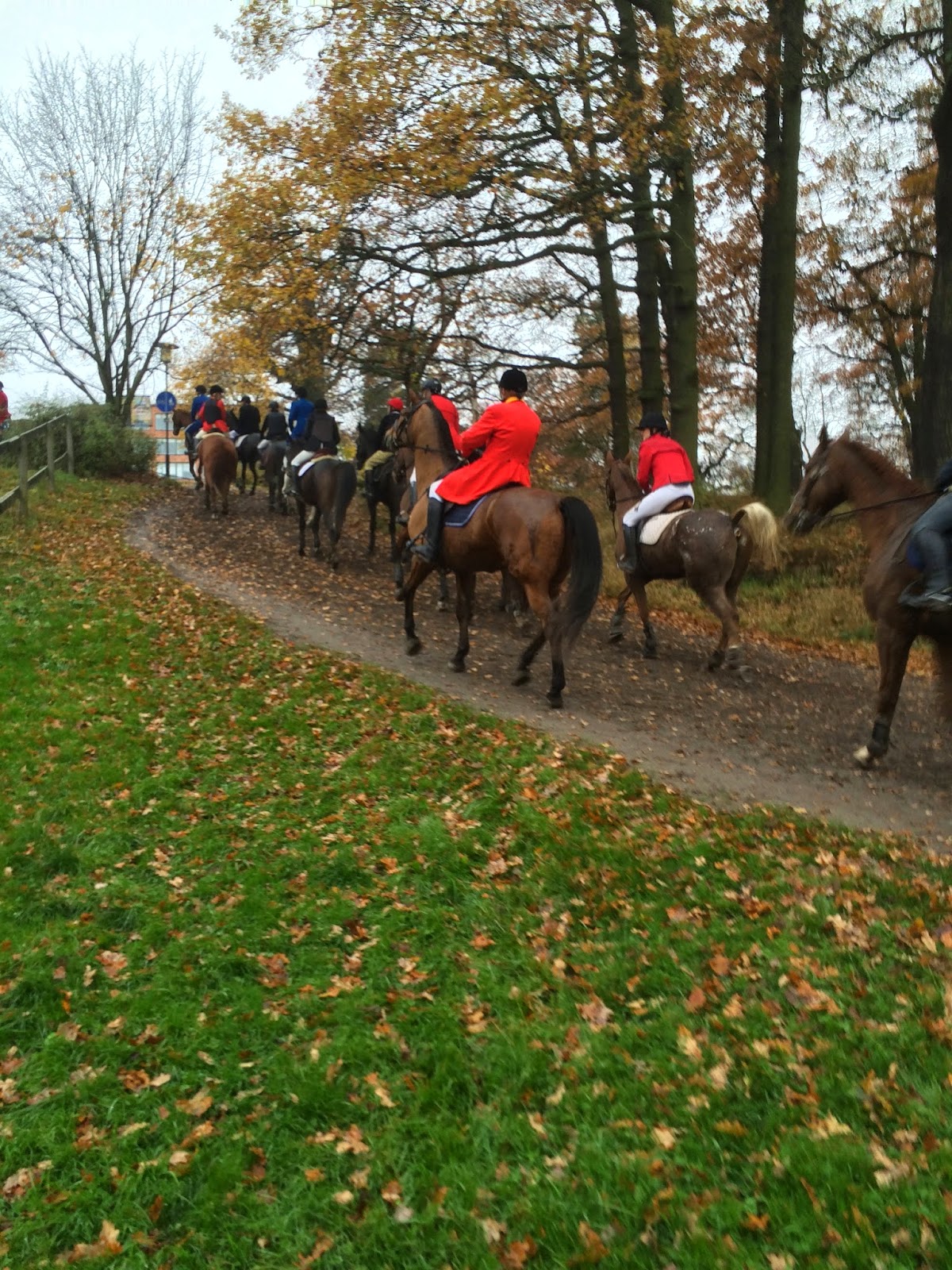 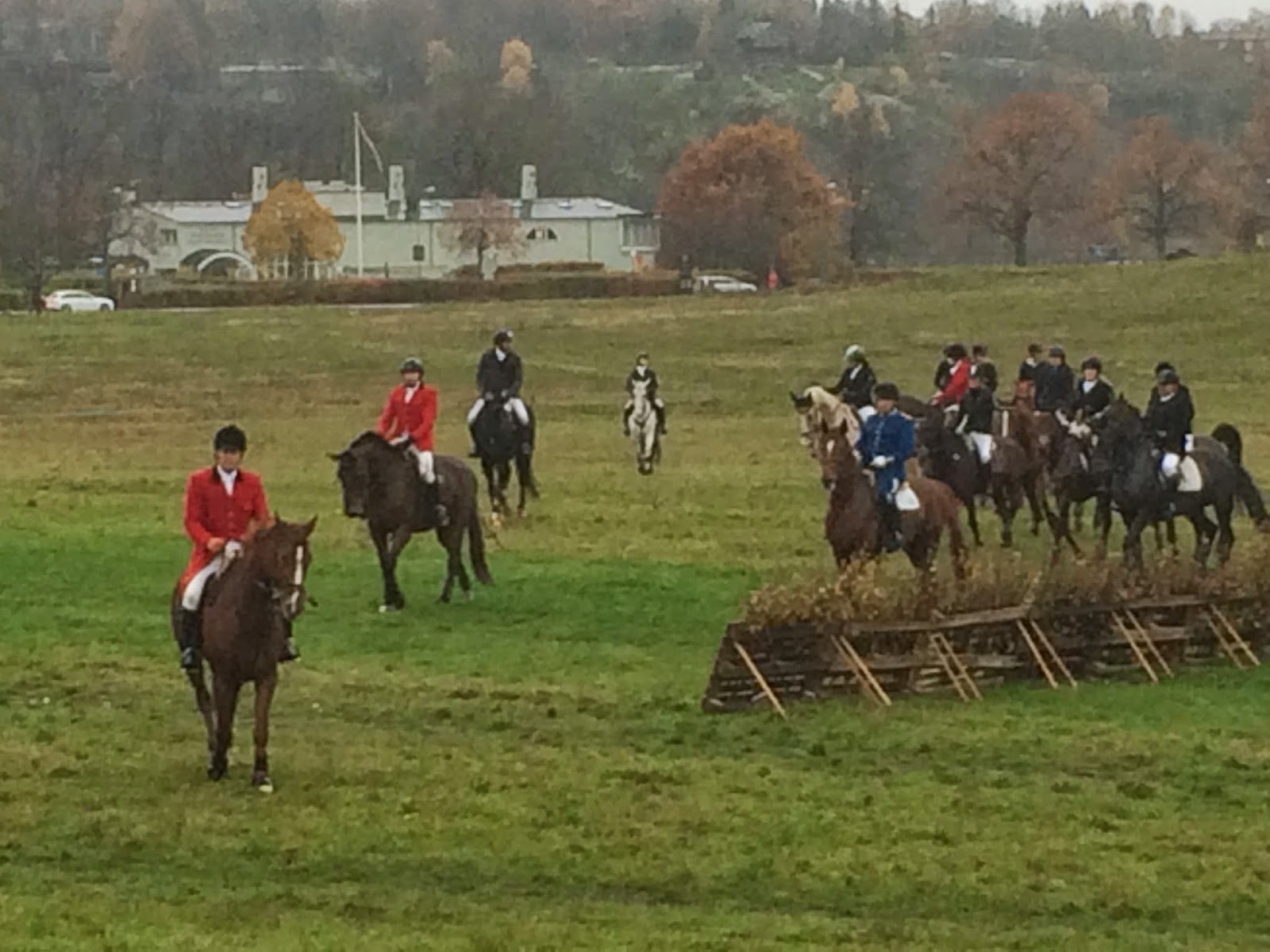 "Hunting pink," not red, is the name of the red jackets
worn by riders at a foxhunt.

Other cool things to know about St. Hubertus and hunting

The more formal English word for hunting wild or game animals is venery.

“Tally-ho!” is a largely British phrase that comes from when a rider sees the fox (or other quarry), as in “There he is! Coming out of that coppice! Tally-ho! Today, it is also used as a greeting (though only if you’re a character from a P.G. Wodehouse novel) or to confirm that a target has been spotted, as in air traffic control.

Hubertus also inspired the name of a metal charm in the form of a nail, cross, or cone that was used in Europe up to the early 20th century as a “cure” for rabies. Known as the St. Hubertus Key, it was heated and the head was pressed to bites from dogs believed to have the disease.

Finally, if you need a digéstif after all of this fascinating information, why not enjoy the 50+ herbs in a shot of Jägermeister? While you’re at it, look at the label, which shows a glowing cross between the antlers of a stag. The image is a reference to St. Hubertus (as well as St. Eustache) and the name is German for “Master of Hunters.” 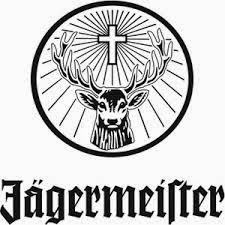 Jägermeister label, with the deer and cross.