On lost things and hopeless situations

A friend of mine recently published an urgent plea on Facebook asking people to pray to Saints Anthony and Jude to help find her mother's wedding ring, which she lost on the way into surgery last week.

It's been a while since I've heard anyone invoke these saints -- the patrons of lost items and hopeless situations -- so I decided it's high time to take a look at them.

Saint Anthony of Padua (c. 1195 - 13 June 1291) is your man if you have lost something (or find yourself shipwrecked). He was a Franciscan monk of Portuguese origin and a great orator who lived at times as a hermit in a walnut tree and is reported to have preached to fish. His tongue is preserved in a reliquary at the Basilica of St. Anthony in Padua, where he is buried.

There is a jingle-like prayer to St. Anthony that goes "Tony, Tony, look around; something is lost and must be found."

The background to this invocation comes from an incident where a novice carried off St. Anthony's psalter. The saint prayed for its recovery (and may also have appeared to the novice in a frightening manner) and the psalter was returned.

Now on to St. Jude, the patron of lost causes and cases despaired of, especially in grave health matters and life and death situations. The usual prayer to St. Jude is: “Saint Jude, hope of the hopeless, pray for me.”

St. Jude, also known as Judas Thaddeus, was one of the 12 disciples of Jesus who also wrote an epistle and preached in Syria, Mesopotamia and Persia with Saint Simon.

St. Jude is easily recognizable: almost all images depict him carrying an image of Jesus and usually with a small flame above his head, representing his baptism by fire.

There are several reasons suggested for his patronage of lost or impossible causes. First, there is the traditional belief that it derives from confusion among many early Christians between St. Jude and Judas Iscariot (who handed Jesus over the Romans). For this reason, few people ever prayed to St. Jude, and devotion to him became something of a lost cause in itself.

More convincing are his words from the Epistle of Jude (the short, penultimate book of the New Testament) on the perseverance of faith in harsh and difficult circumstances.

When asking St. Jude for help, it is customary to make a vow to publish a notice of thanks once the favour is granted, which is why there are newspaper classified ad ex-votos such as "Thank you St. Jude for favours granted" or a more terse "Thank you, St. Jude." 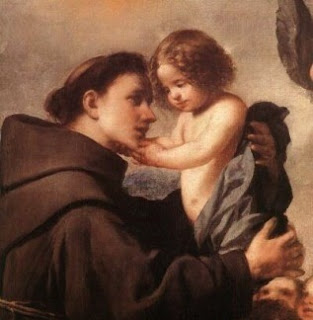